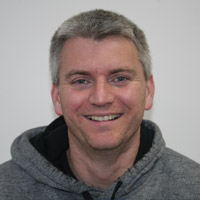 ​Peter is married to Ruth and they have three young children.  Peter says some people look at Everton and say its deprived, but Peter thinks it’s great to live in a house where he is only 5 minutes away from the best views in Liverpool, the house his granddad grew up in, his football team and some of the friendliest people in the city.

Peter’s Nan, Grandpa, and Grandad all grew up around Everton and Anfiled and his dad grew up in Kirkdale.  So, whilst Peter is a bit of a Wollyback from Ormskirk, he really enjoys walking the same streets they used to.  Peter and his family moved into the area in 2012 to help start a new church called Trinity Church Everton where he now works full time as one of the pastors.  An average week involves studying the Bible, talking to lots of different people about Jesus, teaching the Bible, praying, visiting people and various admin jobs.

As well as this full-time job, he wants to be a force for good in our local community, so joined the board of BNENC about 5 years ago.

BNENC is his local community center and he can see both the good things it has done and is doing, as well as the great potential and need for the future.

Peter’s role as a local minister means he gets to meet lots of different people. He loves hearing people’s stories and likes to think of creative ways problems can be solved.
Peter says there are loads of great things about BNENC but thinks one of its strengths, is the way it seeks to generously work with other partners to help benefit the local community.

George is now 89 years old and has lived in the area his whole life.

He first got involved in community work in 1991 with LHAT (Liverpool Housing Action Trust) where he became a representative for the tower block in which he lived.

Not long after, George became chair of the Everton Area Tenants Association through which he then became Trustee at BNENC. He then helped to build and open the Clock Community Centre.

George became a Trustee because he wanted to be more involved in the community. He feels that his life skills and experience are a good asset to BNENC. George says all members of BNENC are friendly and committed to helping others in the community. 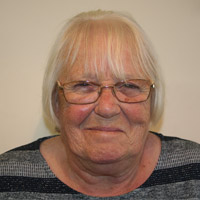 Eileen has lived in the area for over 30 years. She volunteered at her children’s primary school and then decided to return to University to obtain her teaching degree.

Eileen first became involved with the Clock Community Centre in the 1990’s. When she retired from being a primary school teacher, she became Secretary of the Clock.
Through the Clock, Eileen started the Everton Neighbourhood Panel which helps the community to connect with various social landlords regarding any aspects of housing.

Eileen was delighted to be asked to become a Director of BNENC as she has the skills to communicate with both young and old.

Eileen strongly believes that BNENC is the cornerstone of the community and they are always trying to help all people. 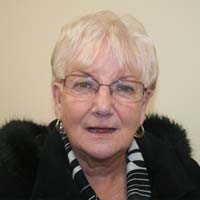 Marie was awarded Alderman Status by Liverpool City Council in 2013. Marie lives locally and has four grown up daughters.

Marie served as a local Councillor from 1988 to 2000 in what was then The Breckfield Ward. Since her recent retirement she felt that by being a Director on the BNENC Board she could share her expertise with other board members and the community.

Marie has over 40 years of community development experience and feels that the skills she has learned and gained during that period would be an asset to the organisation.

On speaking to Marie she has said she is so proud of being and playing an active part in both BNENC and the work we deliver in the local community.

Pauline was born in Salisbury Road, Anfield and she is married to George and has two grown up Children. Pauline is now retired.

Pauline was the Chairperson at St Domingo Vale Community Centre for a good number of years and played an active part in supporting the local residents and her community, but due to ill health resigned her post two years ago.

It is great to hear that Pauline is now back to good health and she is now a trustee at BNENC and a volunteer working in the community. Pauline currently runs pensioner’s bingo at Liberton Court .

Pauline joined BNENC in order to help the community to get together.