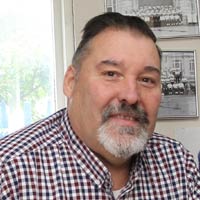 Bob was born in the area, he is married to Pat and together they have four grown up children and two grandsons.

Bob was one of the first directors of BNENC and was appointed treasurer of BNENC on its inception.

Bob started his working life in 1976 when he joined her Majesty’s Armed Forces and served as an infantryman for 6 years.

On leaving the Army, Bob was employed in the security industry working on Close Protection and Building Security. He then joined Victim Support based in an inner city area of Liverpool as a Scheme Manager for Victims of Crime, where he later went on to personally develop a number of new initiatives for Victim Support that included the UK’s first Homeless Victims of Crime Project, Liverpool’s Victims of Homophobic Crime Project, The Anti Bullying Project and The Safer Communities Project.

In 2000, Bob left Victim Support to become The Senior Community Development Officer of Breckfield & North Everton Neighbourhood Council where he is now employed as Director of Funding & development and continues to develop and deliver community programmes and new initiatives.

More recently in 2011, he was the founder of the Liverpool Veterans Programme and led Liverpool City Council to become the first authority in Merseyside to sign off the MOD’s Community Covenant. This has led to the establishment of the Liverpool Covenant Partnership and a new initiative called Veterans HQ that provides support to Liverpool veterans, reservists and their families under one roof.

Bob continues make a fantastic contribution to communities in Liverpool and in supporting many vulnerable people through the programmes and projects he has developed. He has committed 33 years to working in the community and in supporting those individuals in greatest need get the right support and assistance. 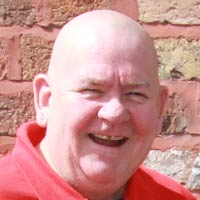 Andy was born in Poulton-le-Fylde and joined the Royal Navy at 16 years of age and served just short of 24 years. He Served on HM Ships Jupiter, Danae, Brave, Andromeda, Norfolk and Coventry and was Involved with Devonport Field Gun Crew 1990, 92, 93 and 95.

He is now divorced with 2 grown children who reside in Plymouth. Andy Currently lives with his faithful companion Jack Russell Terrier, Poppy and his main Interests are rugby.

Andy moved into the Community in 2010 and has been involved with Veterans HQ since it’s conception, starting at BNENC. Andy wanted to be a member of staff to give something back to the community that supported him when he needed it.

Andy brings a sound knowledge of working with Veterans and understanding their issues, especially those within the Criminal Justice system where he has been engaged for the past five years. Andy loves the comradery within BNENC as they work not only as a team, but fully supporting each other on a daily basis whenever it’s needed. 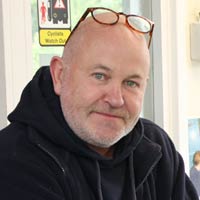 Alan was born and bred in Liverpool. He has been involved with BNENC in one way or another for over ten years. Alan’s journey has been an interesting one since leaving school at 16 he has worked in a variety of positions and environments since.

Alan has always been passionate about working in the community and trying to address some of the inequalities faced by local people. In his role as community development officer, this gives him the opportunity to work closely with people in need by working together to find ways of improving people’s circumstances.

Alan’s passion has always been health and health inequalities and his main responsibility over the years, has been to work with the BNENC team to develop opportunities for people to get involved in a variety of activities to improve their health and well-being. Alan says he really loves coming to work at BNENC and helping in some small way to improve the quality of life for the people he meets on a daily basis.

Alan is part of a small team who are committed to improving the services BNENC offer which will go some way to improving health and well-being of local residents of all ages. 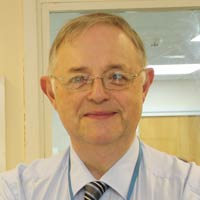 Paul has worked in the Charity Sector for the past 16 years, the first eight years he worked for Age Concern Liverpool & Sefton commencing as the Training and Volunteering Manager and ended his service with them as the Director of Organisation Development.

As Director of Operations Paul has the responsibility for Finance, Human Resources, Facilities Management, Health & Safety, Training and Development, Staff Management and in his role as Company Secretary, he is the first point of contact with the Charity Commission and Companies House.

Paul is a fellow of the Chartered Management Institute and received his MBE from the Queen for his work with Merseyside Police. 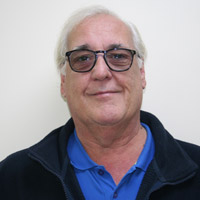 Graham is a keen follower of Everton Football Club, lives in Walton after moving out of the community due to the Regeneration Programme, however his heart remained in our Community.

Graham is the Volunteer Lead with BNENC and takes the lead on a number of initiatives that include supporting our Kick Start 2 Health Programme, our HIM Project (Health inclusion for Men) and our Grow your Own programme.

Graham has been a Volunteer with BNENC for 15 years and is committed to supporting vulnerable adults in the community. He has a passion for health awareness and improving the health needs of local people.

Graham arranges training for the other volunteers and is their first point of contact if they have an issue or require support.

Graham helps with fundraising for BNENC and is responsible for organising the match day car parking scheme.